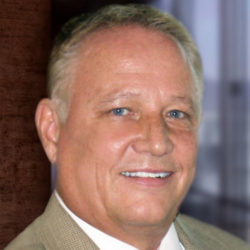 Mark Bevill is the CEO of Automatic Building Controls. Mark received a B.S. in Management and a minor in Marketing from Oral Roberts University. Mark started his career as a Senior Sales Engineer with Siemens, where he became one of the top 4 sales producers. Mark left to become the Construction Sales Manager for Johnson Controls, with responsibility for $10M+ in sales in the mid-1980s. In 1984, Mark acquired Automatic Building Controls, which he grew into one of the premier independent building automation and controls companies in the country with $17M+ in control sales.

From 1985- 2000, Mark increased Automatic Building Controls annual sales by 1567%.  Mark has been an outspoken advocate for the IT professional, providing consulting for the exploding building network infrastructures associated with “facility network nodes” in buildings and facilities.

As a LEED AP, with involvement in the USGBC, ASHRAE, and the BCA, Mark has extensive experience developing enterprise solutions for building optimization, providing visionary and strategic direction in areas such as technology, engineering, and operations. He is an active member of ASHRAE. He resides in Chicago, and his passion is golf and his beloved Chicago Cubs. 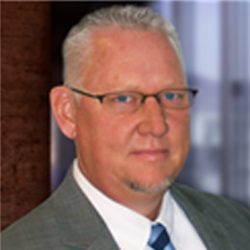 Grant Bevill is the President of ABC and is responsible for managing, leading, and overseeing the vision for the company. He received a B.S. in Marketing from Oral Roberts University. Upon graduation, Grant received sales and technical training from the Burroughs Corporation as a Sales Engineer. He was a highly successful salesman for Siemens and an award-winning sales engineer with Unisys.

Through Grant’s sales and marketing efforts for Automatic Building Controls from 1987 to the present, he has proven to employees and clients that he is capable of leading the company to success. He has been influencing building automation and efficiency solutions for over thirty years. Grant provides a no-nonsense direction in areas such as technology, engineering, and operations.

Grant steers the overall direction of Automatic Building Controls as Chicagoland’s premier solution to building optimization and efficiency. He is an active member of ASHRAE. Grant resides in the Chicagoland area with his wife and three children. He is a sports enthusiast, a coach, and a dedicated volunteer with youth at his family church. 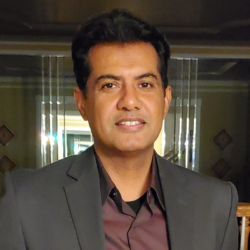 Kam Parmar is the Executive VP of Operations. He received his B.S. in HVACR Engineering Technology from Ferris State University. He started as a Senior Application Engineer in 2000 at Automatic Building Controls. Prior experience includes four years with Johnson Controls as a field engineer/application engineer.

Kam is an accomplished result-oriented operation and performance-management leader with a wealth of experience in HVAC, building automation, energy management systems contracting, consulting, and purchasing. Kam has engineered projects totaling $ 50M+ with management and operation experience of more than 350 facilities in the K-12 education market, hospitals, and commercial buildings.

He has a proven track record of success in estimating, sales, engineering, project management, installation, service, and operations. His managerial style is supportive, with a focus on building an empowering culture. Kam lives in Naperville with his wife and three children. 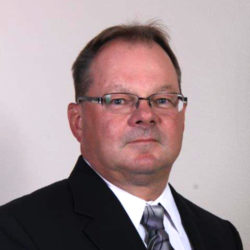 Brian Wheeland is the VP of Building Services. He received his B.S. in Operations Management from Northern Illinois University. Brian started his career with ABC in sales and progressing to Department Manager and Project Manager over the past 15 years in addition to his sales duties.